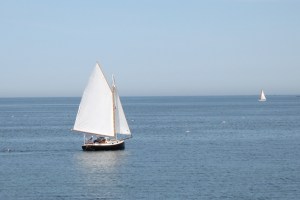 Our family lost a dear friend last week. Lillie McKnight, a retired Navy captain, an avid world traveler and an accomplished musician, lost her battle with cancer at age 71.

We met Lillie almost twenty years ago when we hired her to teach piano to our daughters, who were then in elementary school. She came to our house once a week and conducted the individual lessons in the living room while those of us not being taught mingled in the rest of the house. As soon as our son was old enough — first grade — he started lessons with her, too. He would be her student for more than ten years.

For fifteen or so years from the time we first met Lillie, our house was filled with music. Our  children participated in many piano recitals and workshops and piano camps and competitions with other piano students in central Arkansas, so that music was a significant part of their childhoods. Lillie was active with several music teachers’ organizations that put on the various programs, and having her students competing and performing was a clever way of keeping them practicing. They didn’t want to do poorly in front of other piano students! And they liked bringing home the medals and “gold” cups. A strong believer in the academic benefits of musical training, as are we, Lillie took such pride in all her students, awarding them with stickers and little gifts and praise. She was tough and sometimes demanding, but even when they butted heads with her, the kids loved her, and she loved them. Her annual recital each spring was all about celebrating the hard work her students had put in throughout the year, and the awards segment was as important to her as the performances.

Single and without family of her own, Lillie became a member of her students’ families, having dinner with us often, and attending some of the kids’ performances in plays and choir concerts. She shared photos with us of the travels she enjoyed so much — China and Ireland and Europe and Mexico — making colorful scrapbooks of each trip, bringing back little souvenirs for her students. She had so many fascinating stories, and she loved telling them, just as we loved hearing them. While she was teaching our children, she also continued her own education, obtaining a master’s degree in music education — such a good role model!

As our children moved into upper grades in school and became busy with other activities, one by one they chose to stop the lessons, since none of them intended to pursue music as a career. It was always a difficult decision and Lillie was never happy to see them stop. Yet they are still able to play piano for their own pleasure, which was always the goal of the lessons. David even played for Kerry’s wedding in 2007, to Kerry’s delight. Lillie was pleased to hear about that, though she was unable to attend because she was playing for a wedding, herself, that day.

Eccentric in many ways, Lillie had a contagious laugh and an independent spirit that often crossed over into stubbornness — a tendency she freely admitted. She pretty much lived in her car, on the road many hours a day in her beloved old Volvo that had almost 500,000 miles on it before she finally, reluctantly replaced it. Her greatest fear was losing that independence and being unable to get in her car and go where she wanted.

When first diagnosed with breast cancer about six years ago, Lillie faced the fight with her usual determination, being involved in the decision making to the point of arguing heatedly with her doctors over treatment options. The morning after her mastectomy, she called my husband and asked him to come drive her home from the hospital. She had driven herself to the hospital without telling anyone, had the surgery and fully intended to drive herself home — and she was highly indignant that the hospital staff would not allow her to do so. She asked reluctantly for assistance, so John drove her home while I followed in her car — which was filled almost to capacity with music and lesson books and the other things she needed while living on the road.

She didn’t slow down. Wearing a wig, she kept teaching, kept traveling, became active in cancer survivor groups, kept playing organ every Sunday at a church in Little Rock. When she finally lost her battle last week, she had been off her feet for only 48 hours. She played the organ at her church for the final time just before Christmas, conceding only during the last couple of weeks that she no longer felt up to playing.

Her church held a non-traditional memorial service for her yesterday. Her pastor wryly admitted that Lillie had forbidden him to hold a traditional, somber funeral service. Instead, he decided to host an Irish wake, of sorts. When my husband and I arrived, expecting to be seated in the sanctuary, we were directed instead to the fellowship hall. A large potluck lunch provided by the ladies of the church was served to the guests — many more than expected! There was plenty of food, but tables and chairs had to be hastily assembled in the hallways for the overflow. Lillie had touched so many lives with her music. Many funny stories were shared about Lillie, accompanied by laughter and nodding heads. Her travel scrapbooks were there for everyone to see again. The music she had recorded on CDs played in the background. It was a fitting, unconventional tribute to a very special woman.

The only time I struggled with tears was as the gathering concluded. One of her music teacher friends played “Anchors Aweigh” in tribute to Lillie’s proud years of service in the U.S. Navy. She quoted the final lines of the song:

Until we meet once more, Here’s wishing you a happy voyage home.

So long, Lillie. Thank you for being our friend, and for bringing music into our home.

Until we meet again …

One thought on “Anchors Aweigh”