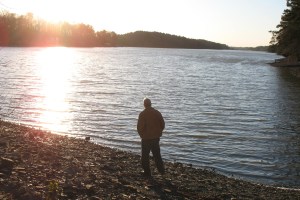 You’ve probably figured out by now that I tend to be both sentimental and nostalgic. As I write this, it’s late afternoon and a yellow school bus just rattled past the house on this second day of a new school year in Arkansas. That sound and that flash of yellow through the leaded glass in the front door take me back to the days when I’d be waiting for my three children to jump off their school bus and run eagerly toward the house. Snacks, homework and piano practice awaited them – and while I never had to nag my academically ambitious offspring to do homework, the same wasn’t true of piano practice time. I can still hear the sounds of clanging keys from irritable little fingers that would much rather be busy with something else. I don’t miss the piano practice battles, but I do miss the music.

With just over nine years between my oldest and youngest, they were rarely in the same schools, and their home arrival times were staggered. A few years were crazy hectic — one child in elementary school, another in junior high, another in senior high, all busy with activities, sometimes all in the same evening. My husband and I somehow learned to split our two selves into three directions. I can still remember so many of those drama and choir performances, math competitions, academic open houses, piano recitals, drill team practices, prom meetings and other extracurricular activities. Our kids weren’t involved in sports, other than as spectators at the school football games, but they stayed quite busy, for the most part — which meant that we did, too. There are times when I wonder how we got it all done — and times when I miss those days very much.

Last week John and I had the pleasure of having all our “kids” home for the first time since last Christmas. Kerry and her husband came from Massachusetts to spend a few days with his family and a few days with ours, while Courtney flew in from Seattle. Courtney is still recuperating from the stroke she suffered at the end of October last year, still using a wheelchair most of the time and unable to use her right hand, but she gets by remarkably well and has continued making strides in her medical research career. Traveling alone in a wheelchair is a challenge, but she had plenty of help along the way from courteous airline employees, and she enjoyed a week away from work and therapy sessions and doctor visits.

David’s new apartment is close enough that he was able to spend a few evenings with us, though medical school orientation kept him busy during the days. Arkansas was in the middle of a record heatwave — the temperature soaring to 114 degrees one of those days — so our activities were pretty much confined to indoors during the week. We had several good meals (John prepared his famous smoked meatloaf one day, which is always a hit), played some games, talked a lot. One evening we all saw a movie together in a small, nearby theater; we saw “Cowboys and Aliens.” The film was fun, but mostly I enjoyed being in a theater with my entire immediate family for the first time in longer than I could remember. The girls and I went shopping one afternoon – another treat for me. At the end of the week, we all attended David’s “white coat ceremony,” a touching ceremony in which the incoming medical school class of 2015 recited an oath of professionalism, compassion and commitment. All other physicians in attendance were invited to renew their own oaths, so Kerry stood to recite along, causing a woman behind us to whisper loudly, to our amusement, “She can’t be old enough to be a doctor!”

Needless to say, John and I cherished every minute we were able to spend with our busy daughters and son during their visit with us.  Now the girls are back in their jobs, our son-in-law is preparing to start a new semester of graduate school, David’s immersed in medical school — and the nest is empty again. We aren’t sad — we’re so proud of all of them for pursuing the careers they have worked so hard toward. This was always our goal as parents, to see them independent and self-sufficient and productive. Still, because I am sentimental and nostalgic, I can’t help sighing a little when I hear that yellow bus clatter by, or when I wipe the dust from the piano keys or vacuum the three rarely-used bedrooms that still hold a few dolls and stuffed animals and plastic robots.

One thought on “A quiet nest”